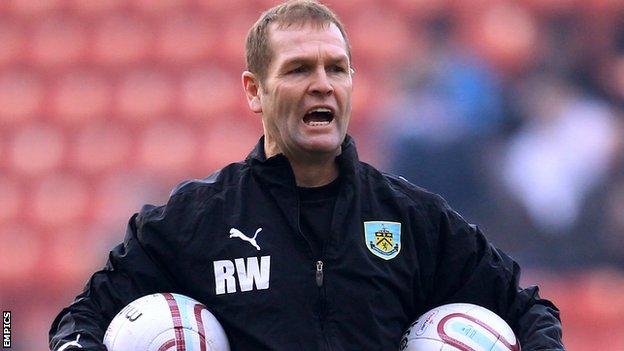 Scunthorpe boss Russ Wilcox has asked the club's fans to "stick" with the team after some booed them off after the 1-1 draw with Bristol Rovers.

The Iron, who are second in League Two and still unbeaten since November, let in an 89th-minute equaliser to see two points slip away.

"We need everybody together because we're not going to win 5-1 every week," Wilcox told BBC Radio Humberside.

"We weren't at our best but we need people to stick together."

He added: "We've got to be so careful at this club now with the expectations, we're 17 games unbeaten, but you've got to try and embrace this time.

The Glanford Park side were 12th in League Two when Wilcox replaced the sacked Brian Laws in November and the former assistant is yet to lose a match.