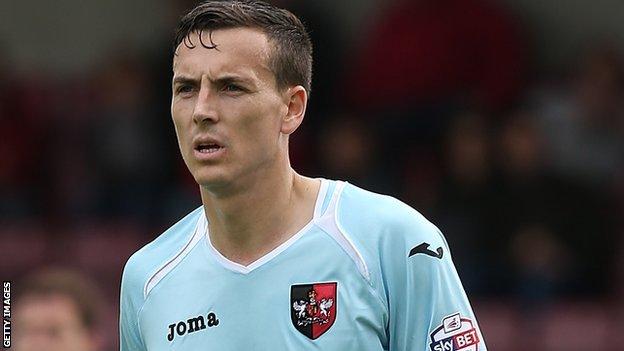 Bristol Rovers forward Alan Gow is set to undergo a scan to determine the severity of the ankle injury he picked up against Scunthorpe.

Loanee Gow was stretchered off at half-time in the 1-1 draw at Glanford Park.

The 31-year-old was immediately taken to hospital, and although no fracture was found, it is thought he has suffered ligament damage.

Gow joined Rovers from League Two rivals Exeter earlier this month on a deal until the end of the season.

Since his arrival on 8 February, the Pirates have gone four games unbeaten.