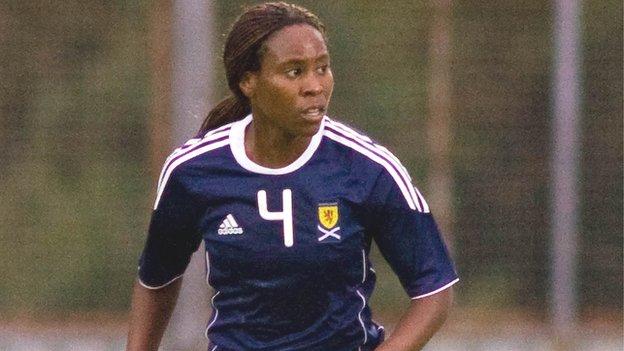 Dieke, 32, has not played international football since rupturing her anterior cruciate ligament while appearing for Team GB at the London Olympics in 2012.

The Vittsjö GIK player can look forward to adding to her 90 caps against France, Netherlands and Australia in the tournament which begins on 5 March.

Scotland's last match was a 3-1 loss to Finland in a friendly on 13 February.