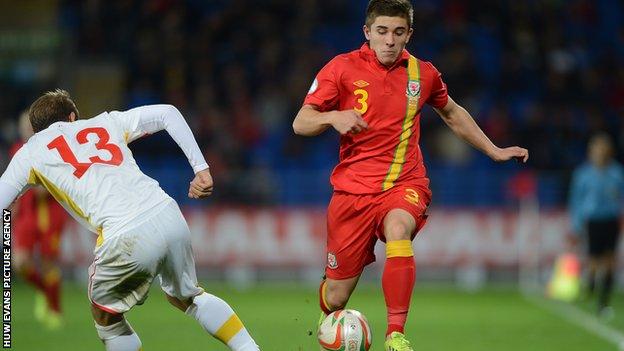 Cardiff City defender Declan John has been handed a first call-up to the Wales Under-21 squad for the Euro 2015 qualifier against England at Derby on 5 March.

John, 18, has played at Under-17 and Under-19 level and made his senior debut in the against Macedonia.

Southampton's Lloyd Isgrove is recalled to the squad.

Manchester City's Emyr Huws, on loan at Birmingham, has been called up to the senior squad for the Iceland friendly.

One change to the original squad sees Fulham's George Williams replacing Torquay United's Billy Bodin, who has withdrawn because of injury.

Williams is set to add to further players to the squad, a goalkeeper and outfield player.