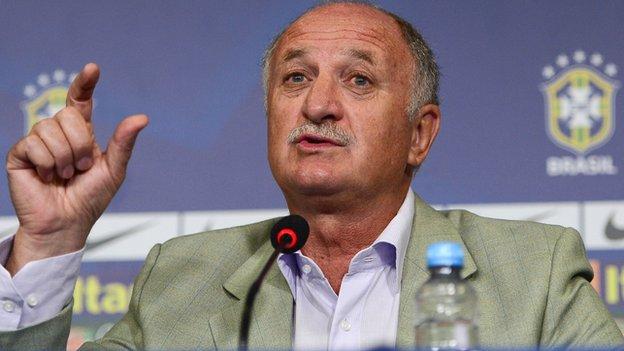 Brazil coach Luiz Felipe Scolari is expecting a tough challenge when his side take on South Africa in a friendly on 5 March in Johannesburg.

Bafana Bafana, who beat Spain 1-0 in November, are the last scheduled opponents for Brazil before they host the World Cup from 12 June to 13 July.

"It will be an important test against a South African side who beat Spain.

"And a good chance to talk to the players and the back room staff about planning for the World Cup."

Scolari has added strikers Fred and Jo, and goalkeeper Jefferson to his squad for the friendly.

"This is another opportunity to get the players together, the last call up before the World Cup," added Scolari, who will announce his 23-man World Cup squad on 7 May.

Scolari is taking a 19-man squad to South Africa because they will spend only one full day in the country before the game in Johannesburg and he does not want to take players who will not get a run-out.

Brazil are hosting the World Cup this year for the first time since 1950 and they kick off the competition against Croatia on 12 June. Mexico and Cameroon are the other two teams in Group A.