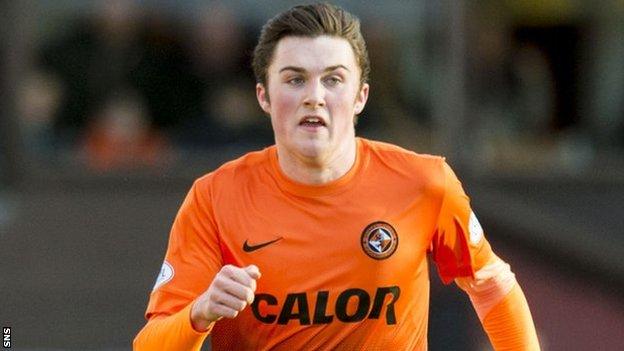 Five players have been given their first call-ups to the Scotland Under-21 squad for their friendly against Hungary at Tannadice on 5 March.

Dundee United defender John Souttar, 17, could make his bow for Billy Stark's side on his home ground.

But Celtic striker Tony Watt has been left out for the third squad running.

That is despite the 20-year-old netting seven goals in his last six games while on loan to Belgian club Lierse.

Watt said on Twitter: "Thought it would be 3rd time lucky for Scotland squad #piedagain."

Souttar will be joined in the squad by United team-mates Ryan Gauld and Stuart Armstrong, who will captain the side against the Hungarians.

The match will be Scotland's last friendly before their European Under-21 Championship qualifier against Netherlands at St Mirren Park on Wednesday 29 May.