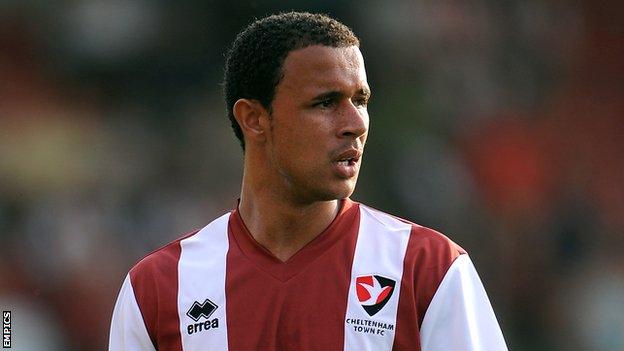 Cheltenham Town midfielder Ashley Vincent has insisted he will not be distracted by issues relating to his long-term future at the club.

The 28-year-old, whose contract expires this summer, made his first League Two start of the term on Saturday, scoring the only goal in a win at Newport.

"I don't think it's necessarily much about contracts and what's going to happen next season," said Vincent.

Vincent made 131 appearances for Cheltenham in his first spell at the club, but has only made 10 appearances - mostly as a substitute - since retuning to Whaddon Road in July 2013

"If I can play some games then those things will take care of themselves."

Vincent returned to Cheltenham in the summer from Port Vale after four years away from Whaddon Road.

And he started against Newport despite having only returned to training the day before following three weeks out with a hamstring strain.

"It was a surprise when the gaffer said to me on Thursday that I was going to play, but as I've said all along I'm here to play football, that's all I ever want to do," Vincent told BBC Radio Gloucestershire.

"It was nice to get 60 minutes. I always want to play and be selected.

"I'll do all I can to help the team out. I just want to play football."