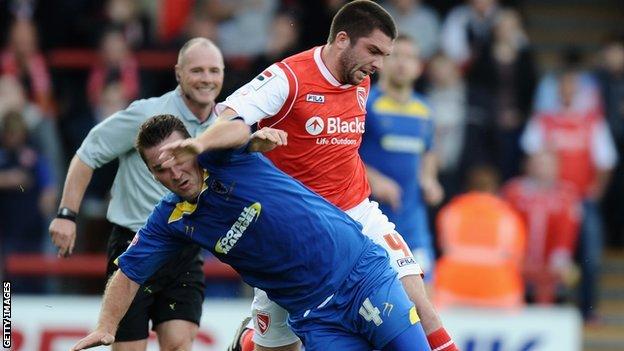 The former Lancaster City and Stockport player arrived at the Globe Arena in the summer and has made 28 first-team appearances for the Shrimps.

"I've really enjoyed my first season in the Football League and feel that I am learning all the time," he told the club's website.

"I've played more this year than I thought I would and I've really enjoyed it. It's a great club with a great set of lads and when the manager offered me a deal there was never any doubt.''