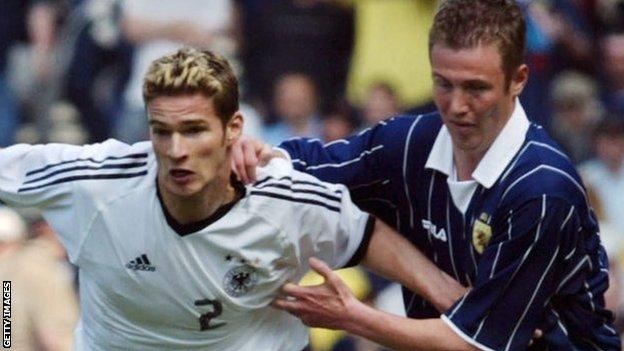 Scotland will begin their Euro 2016 qualifying campaign away to Group D favourites Germany on Sunday 7 September.

Group rivals Republic of Ireland start their campaign on the same day away to Georgia.

In the final qualifier, Scotland are away to group minnows and international football newcomers Gibraltar, with the Republic away to Poland.

The final games are on 11 October 2015 ahead of the finals in France.

Venues for the matches have yet to be decided, but Gibraltar will play all of their home matches in Portugal.