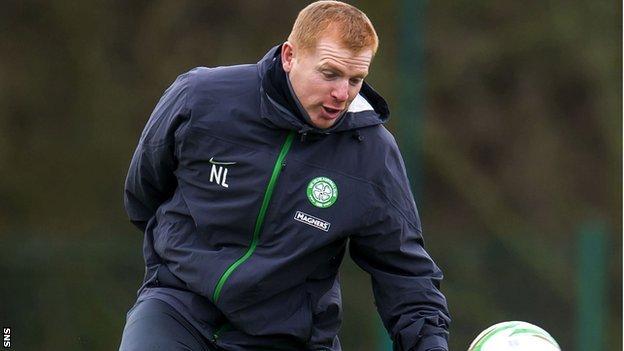 Neil Lennon is keen on the prospect of managing Celtic in the English Premier League, if the possibility ever arises.

The issue of certain Scottish clubs being accepted into England's top flight has been raised before.

"The ideal scenario for me would be to manage Celtic in the Premier League but whether that will ever happen or not I don't know," Lennon told BBC Scotland.

"Maybe one day it will happen but at the minute we are content to keep going as we are."

Lennon spoke to BBC Radio Scotland's Sportsound programme ahead of the Scottish Premiership game against Hearts at Tynecastle.

"We all harbour ambitions to better ourselves and I'm no different from anyone else but I've got a big job on my hands at the minute."

However, Lennon stressed that playing their domestic football down south is not their main aim at the moment.

"European football and winning championships is the driving force behind us," he added.

"Can we get to play in what would be perceived to be a better environment for the club?