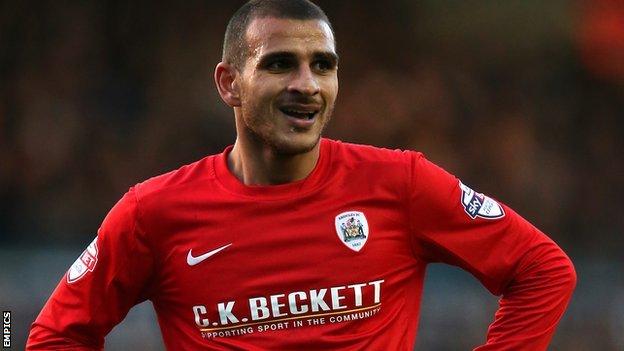 Charlton Athletic have signed Nottingham Forest striker Marcus Tudgay on loan until the end of the season.

The 31-year-old has not featured for Forest this season, but scored once in five appearances for Barnsley during a loan spell at Oakwell.

Tudgay tweeted: "On route for new challenge at Charlton for the rest of the season big thanks to Forest."

He could make his debut for the Addicks in Saturday's match against promotion-chasing Queens Park Rangers.