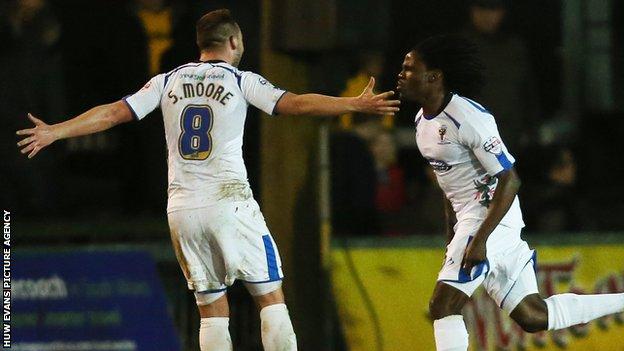 The Exiles took a second half lead through a Ross Worner own goal when the Dons' keeper let a long ball slip through his hands.

Kevin Sainte-Luce struck the winner high into the goal to condemn County to their second home defeat in a row.

"Wimbledon probably deserved to win the game. For the standards that we've set we're not quite reaching them right now.

"We prepared correctly, as we do every game. We didn't make the most of the opportunities given to us and we're going to regret that.

"We've got another tough game here on Saturday and we're certainly going to have to play a lot better than we have done."