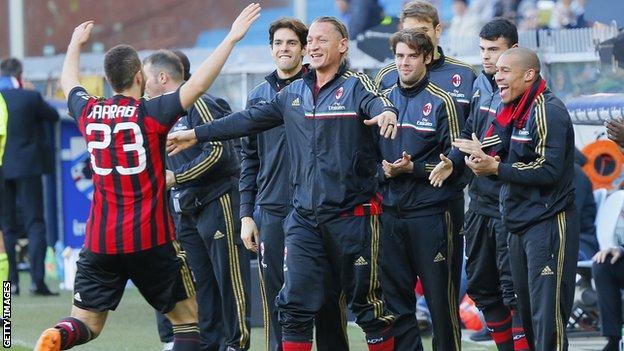 Adel Taarabt scored his second goal in four games for AC Milan as they beat Sampdoria.

The midfielder, on loan from QPR, opened the scoring from close range after 12 minutes.

Fellow January signing Adil Rami added a second after the break with a header before Sampdoria's Maxi Lopez was sent off for two bookings seconds apart.

AC Milan are ninth, 15 points off the top three, while Sampdoria sit in 13th place.

The visitors have won four of their eight matches since appointing Clarence Seedorf as coach.