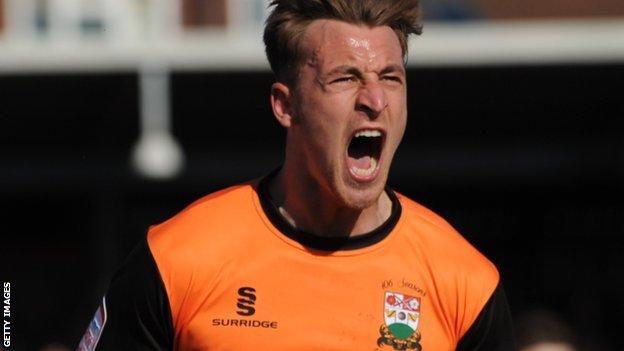 The Welsh side dominated, but were unable to take their chances against the promotion-chasers and now lie 13th in the table.

Hyde was thwarted at the other end before he hit the target from close range to earn the Bees a fourth consecutive victory.

"I thought we were great first half, I thought everybody was bang at it, won the ball, had chances.

"But that's why we don't win games - you don't take your chances when you're on top and then they come back into the game... a few mistakes and it's in the back of our net."