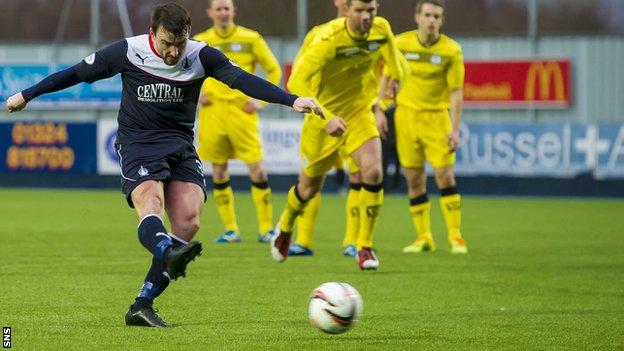 A penalty from Mark Millar secured a win for Falkirk over Queen of the South and moved them to within three points of Championship leaders Dundee.

Mark Beck had a header saved and Millar fired wide in the first half.

The spot-kick was awarded in stoppage time when Chris Mitchell handled in the area and Millar coolly converted from 12 yards.