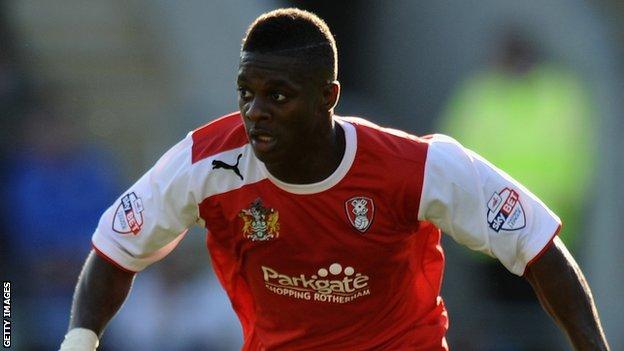 Kieran Agard scored an injury-time winner as Rotherham boosted their play-off hopes with victory at Carlisle.

Agard flicked home Alex Revell's cross for his 16th goal of the season in the second minute of stoppage time.

Wes Thomas had rolled into an empty net after a defensive mix-up to put the visitors ahead before Lee Miller levelled on the stroke of half-time with an overhead kick.

The Millers have now won six games out of seven, including four in a row, and sit in fifth place, while Carlisle are just four points above the relegation zone.

"Instead of that we turned level, and it's fair to say that for one of the few times since probably October-November I had to get into them [the players] a little bit.

"To be fair to the players, I said to them "go out and some of you prove me wrong", and listen, if it had finished one-nil we we'd have still been the dominant team.