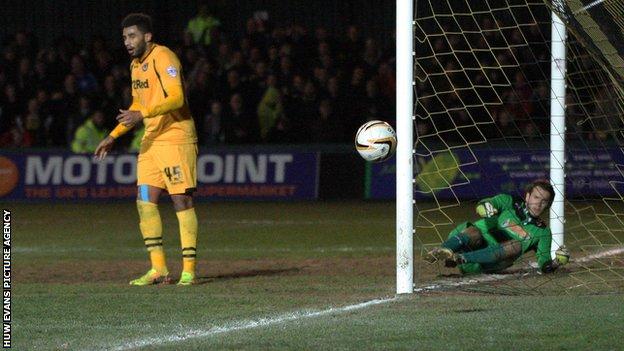 Newport County and Fleetwood Town fought out a stalemate at Rodney Parade on Tuesday night that did little to boost either side's promotion hopes.

Antoni Sarcevic could have given Fleetwood the lead but shot wide with only keeper Elliot Parish to beat.

Rene Howe should have won it for Newport, only to misread the bobble of the ball from inside the six-yard box.

Newport County manager Justin Edinburgh told BBC Radio Wales: "We've done enough to win the game but unfortunately the pitch has cost us the game, it's as simple as that.

"Anyone who has sat here, goes away and doesn't realise that then they're more foolish than I think. We had two chances tonight that the pitch has cost us.

"I thought we were worthy of the win, against another one of the top six sides that have come here and haven't taken a win away from Rodney Parade."

Shots on Target
Home1
Away0