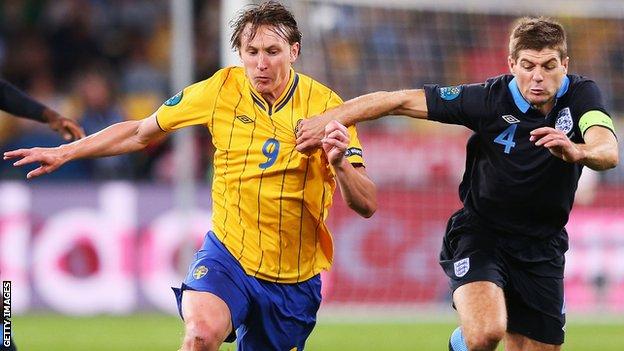 Arsenal boss Arsene Wenger said he would not have signed midfielder Kim Kallstrom had he known about the Swede's back injury earlier.

Kallstrom, 31, joined the Gunners on loan from Spartak Moscow despite a scan showing he had damaged vertebrae and would be sidelined for six weeks.

His move was only confirmed a few hours before the transfer window shut.

"It crossed my mind to not do the deal," said Wenger, whose side are top of the Premier League table.

The Gunners say they only became aware of the problem when Kallstrom had a medical on the final day of the transfer window.

Wenger added: "I wouldn't have signed him if we had another two or three days, but it was on Friday at 5pm."

Kallstrom, who has played 108 times for Sweden, injured his back playing beach football while Spartak were warm-weather training in Abu Dhabi.

"We need to establish the real truth," added Wenger. "He arrived and had fallen on his back two days before."

On discovering the problem, Arsenal, who beat Crystal Palace 2-0 on Sunday to return to the top of the Premier League, came to an arrangement with Spartak.

"We accepted to share the costs, so they will pay him for the first six weeks of his wages," said Wenger.

Kallstrom, who is on loan until the end of the season, will briefly return to Sweden and Russia before moving to London and beginning treatment.