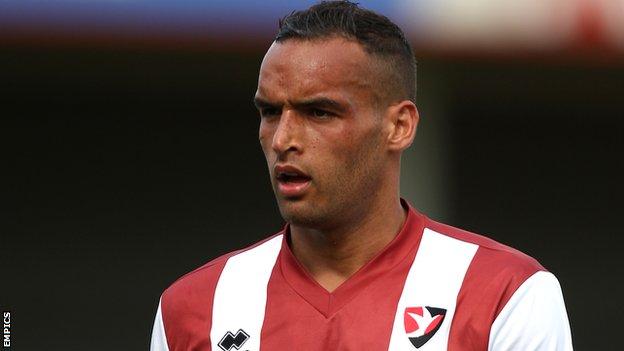 Bristol Rovers have signed Port Vale winger Kaid Mohamed on loan until May.

The 29-year-old recently played five matches during a

He having scored 18 goals during a two-year spell with Cheltenham Town, but has made only six League One appearances since then.

"I didn't have much scope to add three or four players so I'm happy to bring in a good, experienced player," manager John Ward told BBC Radio Bristol.

"He's got pace and can play on either wing. Hopefully he can bring the goalscoring record he had at Cheltenham to us."