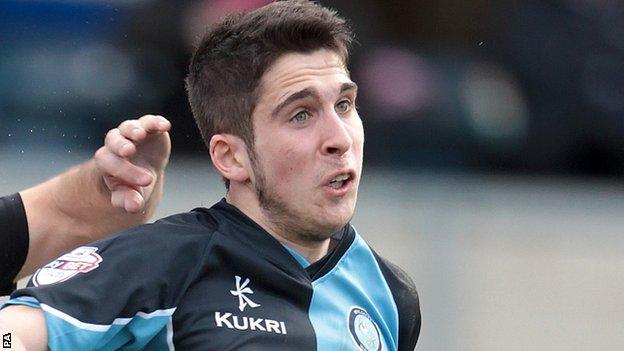 Max Kretzschmar scored Wycombe's winner for the second successive game as the visitors made it back-to-back victories for the first time since October.

Kretzschmar hit the winner in spectacular fashion when he fired home from 30 yards in the 23rd minute.

Later on, he missed the opportunity to notch his second when he dragged his shot just wide of the post.

Exeter had made the brighter start and Sam Parkin almost broke the deadlock early on but headed over the bar.

The result means that Exeter have won just once in their last 10 matches, while Wycombe are now five points clear of the League Two relegation places.

"The lads are absolutely dead on their feet.

"I couldn't be prouder of the team, everything was fantastic.

"We probably have to get a couple of players in, if I'm being honest, but that's for cover. No-one deserves to lose their place in the team.

"We've got a big run of games coming up - and we believe we can go to Southend on Saturday and win."