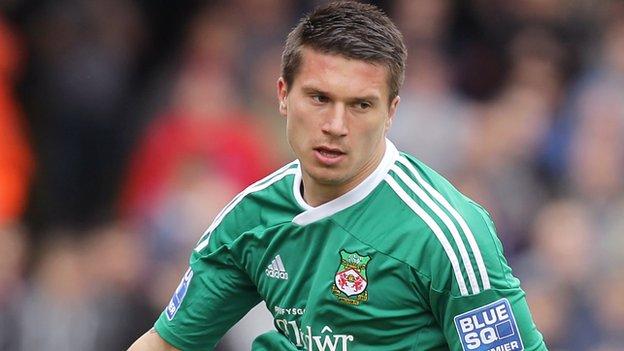 The 23-year-old forward, who played for Wrexham in last season's Conference Premier play-off semi-final win over Harriers, has struggled to get a starting place this time round.

New faces in Thorn's side

Having begun his career with River Plate, Aloi first came to English football on a one-year loan at Watford in 2007-08 before returning to Argentina with Belgrano and then moving to Liberia Mia in Costa Rica.

Cieslewicz has netted twice in 20 appearances for Wrexham this season, the majority from the bench, his last goal having come against Harriers at Aggborough in a 3-1 defeat for the Welsh side in November.

He is a likely replacement for Joe Lolley, who completed his six-figure move to Huddersfield Town on Wednesday, less than 24 hours after hitting the winning goal to earn the Harriers a fourth round FA Cup tie at Premier League side Sunderland.

But Cieslewicz is unavailable for next weekend's trip to the Stadium of Light, having already played for Wrexham in this season's competition.