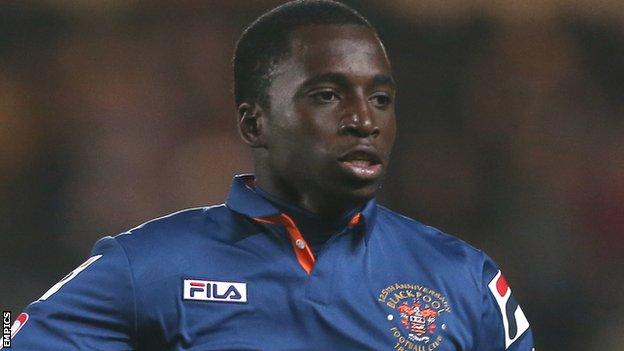 The French-born 21-year-old returns to Molineux at the end of the 2012-13 season, during which he scored once in four appearances.

Dicko failed to find the net in nine outings for the Latics, having joined from Strasbourg in August 2011.

But he netted for League One side Rotherham earlier this term, including a brace in a on 21 December.

Dicko, who has agreed a two-and-a-half-year contract, becomes the third addition to the squad at Molineux during the January transfer window.

Wingers and arrived from Derby and Millwall respectively, and head coach Kenny Jackett hopes the signing of Dicko will help his side towards automatic promotion back to the Championship.

"He brings pace to our front line which we haven't really had, as well as a good scoring record," Jackett told the club website.