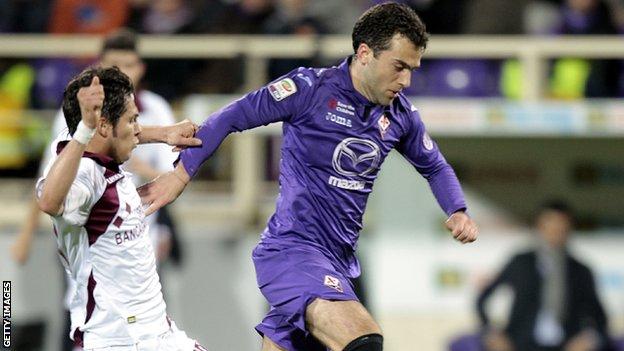 Fiorentina forward Giuseppe Rossi faces a longer spell on the sidelines than first thought after doctors found further damage to his right knee.

Rossi, who is Serie A's top scorer with 14 goals, was initially ruled out for six to seven weeks after he was injured in Sunday's 1-0 win against Livorno.

He limped off in tears following a hard tackle from Livorno's Leandro Rinaudo.

Rossi, 26, was out for 18 months after tearing the anterior cruciate ligament in his same knee in October 2011.

The Italy international, who was injured that time playing for Spanish side Villarreal against Real Madrid, needed three operations before returning to action last May with Fiorentina.

It was initially feared that former Manchester United frontman Rossi might have torn the same ligament, before the Italian club said he had only suffered a sprain.

Now further tests have discovered "a stress to the anterior cruciate ligament previously operated on", according to Fiorentina.