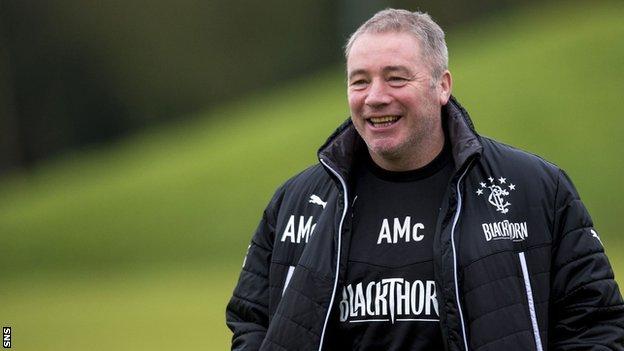 Rangers boss Ally McCoist has finally signed off on a pay cut of around 50%,

McCoist's £825,000 salary was made public in the club's annual accounts but as part of cost-cutting measures he had been willing to have it halved.

Despite the club losing money on a monthly basis, it has taken until now for that to be implemented.

Rangers have also employed Philip Nash to oversee the financial overhaul at Ibrox.

Chief executive Graham Wallace has acknowledged it is necessary at the club and has brought in Nash as a consultant.

He has previously worked for Arsenal and Liverpool and is charged with helping Wallace and the finance director Brian Stockbridge sort out the Scottish League One club's finances.

A spokesman for the Rangers board said: "Mr Nash is a consultant and will be called on from time to time by Graham Wallace as he works on his 120-day restructuring project.

"Mr Wallace will call on the best strategic minds in the sporting and business world to put Rangers Football Club back to where they belong."

The share price of the Rangers International Football Club plc fell to a new low of 28.5p on Friday, less than a third of the 90p price at the launch of the share issue just over a year ago.