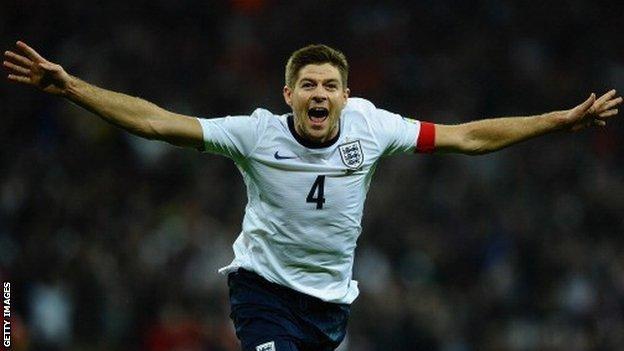 England's final Wembley warm-up match ahead of the World Cup in Brazil will be against Peru, the Football Association has announced.

The fixture will be played on 30 May before England head to their pre-tournament base in the United States.

Manager Roy Hodgson will name his 30-man provisional squad before the friendly with the South Americans.

England will then play Ecuador on 4 June and Honduras on 7 June - both in Miami - before travelling to Brazil.

The games against Ecuador and Honduras will take place at the Sunlife Stadium - the home of the Miami Dolphins NFL team - after which England will travel to Rio de Janeiro, where they will be based throughout the tournament.

Hodgson said: "I'm delighted with the games we have been able to secure and the programme running up to the World Cup in general.

"I was clear to those responsible at the FA that I was looking for Central and South American opposition ahead of the tournament and that is exactly what has been delivered."

England were paired with Italy, Uruguay and Costa Rica in Group D at the World Cup draw held in Rio last December.

Hodgson is expected to name his provisional World Cup squad - plus standby players - around 13 May.

The Three Lions will then travel to a southern European training camp in Portugal in the week between the FA Cup final and the Champions League final, which takes place on 24 May in Lisbon. After the Peru friendly, the squad will be whittled down to a final 23-man party.

Hodgson added: "In our training camps here and abroad, I hope to foster the spirit and work ethic that we are going to need out in Brazil.

"It is a tournament I want us to enjoy, but to do that we must work hard and play well."

England will travel to Manaus two days before their Group D opening game against Italy on 14 June.

Hodgson previously said a match played in the Amazonian city, where temperatures in the region reach 30C and humidity is about 80%, is "not ideal" for his side.

Hodgson's next task will be attending a World Cup workshop near Sao Paulo in mid-February. He will then pick a squad for the friendly against Denmark on 5 March at Wembley.