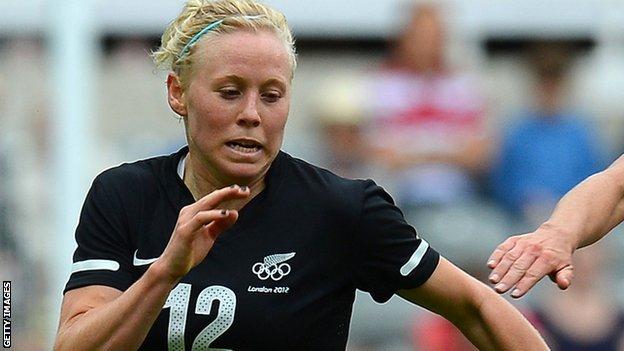 The 23-year-old was at German second tier side Sand last year after playing in the United States college system.

"I'm a bit nervous about the move but extremely excited," she said. "It's the perfect opportunity for me to start somewhere and create myself into the person and player I want to be."

City Ladies will compete in the expanded Women's Super League for the first time in 2014 and they have added Hassett's signing to those of Jill Scott,Karen Bardsley,Toni Duggan and Steph Houghton.

First-team manager Nick Cushing said: "We are delighted to have Betsy for next season.

"Her excellent domestic and international record adds the necessary experience and mentality that we are looking for.

"We look forward to her joining the rest of the squad for pre-season."