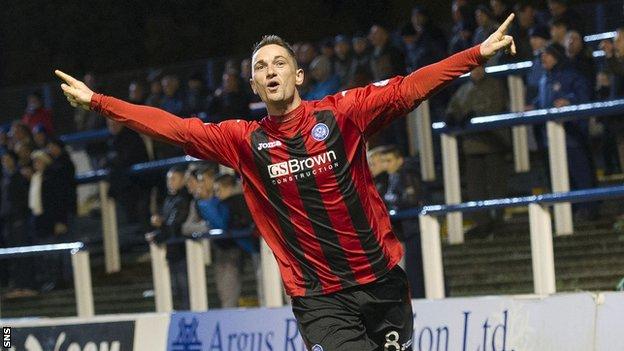 St Johnstone midfielders Gary McDonald and Scott Brown have signed new contracts taking them through to the end of next season.

McDonald 31, who arrived from Morecombe in the summer, has the option of another year, depending on appearances.

Brown, 19, joined from Brentford in July and has featured in three games for the Saints.

"We are working hard to re-sign as many of the squad as we can," manager Tommy Wright told the club website.

"Gary has been excellent since coming to club and Scott is a younger player that has already featured and has a good, long term future at club. It's important to tie down our talented younger players."