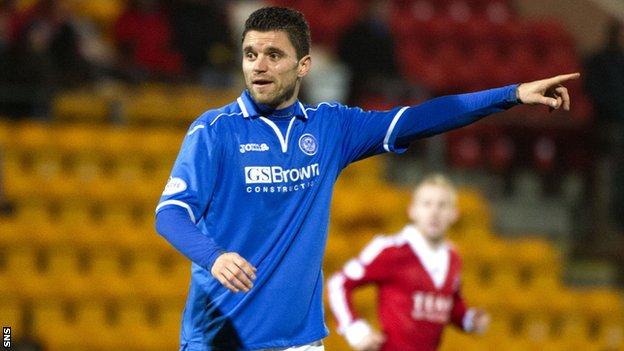 Defender Sanel Jahic is to leave St Johnstone, with the Perth club opting against extending his short-term contract.

The Bosnia international arrived at McDiarmid Park in October to provide cover for the injured Steven Anderson.

The 32-year-old made four starts, scoring in the Scottish Cup, and appeared twice as a substitute.

Manager Tommy Wright hopes to use the money freed up in wages to add to his squad this month.

"Sanel is one I would like to have kept and he was willing to stay but I feel that what money we have to strengthen the squad has to be used in other areas," Wright told the club website.

Since the opening of the January transfer window, St Johnstone have signed former Bolton Wanderers striker Michael O'Halloran and released experienced midfielder David Robertson, who has gone to Morton.

And Swansea City's Gwion Edwards decided to end his loan spell with Saints after Wright could not guarantee the wide midfielder a first-team start.