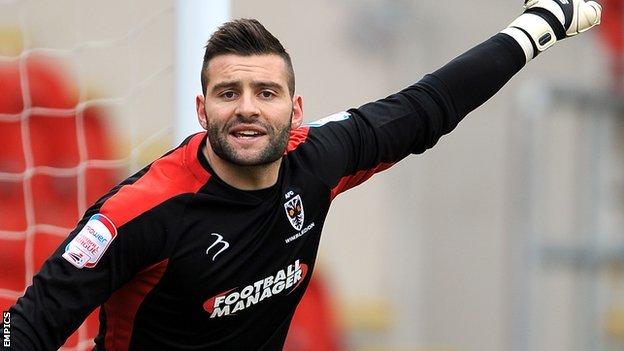 Cambridge United have signed Portsmouth keeper John Sullivan on loan until the end of the season following Chris Maxwell's return to Fleetwood.

Maxwell kept 16 clean sheets in the Conference Premier for the U's during his loan spell with the club.

He will be replaced by 25-year-old Sullivan, who has played seven times for Portsmouth this term.

The former Brighton and Millwall keeper joined League Two Pompey from Charlton in the summer.

Meanwhile, Wales keeper Jason Brown has left the Abbey Stadium without making an appearance after his short-term contract expired.