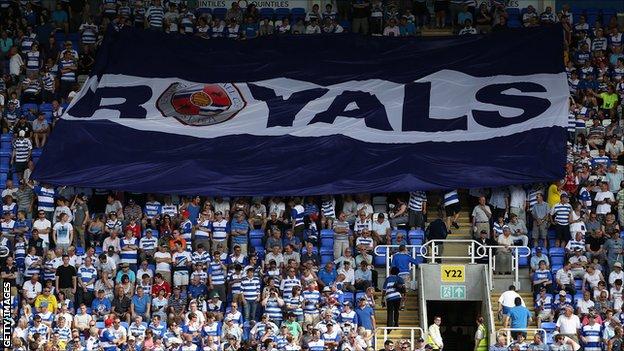 Reading are poised to receive a bid from an American consortium to take over the Championship club.

The club have been looking for new investors for several months and have held talks with more than one party.

"Talk of discussions with potential investors first surfaced in October, with formal talks continuing into December.

"News of an American consortium's interest may well serve as a catalyst for other interested parties to come forward, but I'm told they are in pole position.

"Any buyer takes on a club with a reputation for being well run and with three years of parachute payments due. With prices often over inflated in the Premier League, a cut price deal for a Championship club with Premier League pedigree in the past could prove a smart investment."

Takeover talks have gathered pace in recent weeks with the Royals also thought to be in discussions with potential backers from the Middle East.

Majority owner Anton Zingarevich has not been at a league game since August and is thought to be ready to sell up.

Current chairman Sir John Madejski owns 49% of the club and said last month that talks were ongoing with investors.

Russian businessman Zingarevich bought 51% of the club in May 2012 and was set to purchase the remaining 49% of shares from Madejski in September 2013 but failed to complete the deal.

In December, Madejski admitted he did not know when Zingarevich would return to Reading but said he was not concerned about his future involvement.