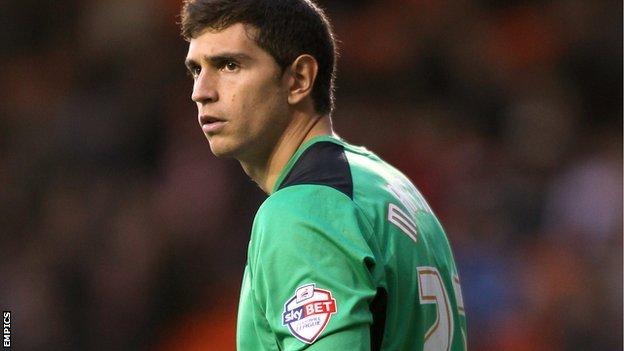 Sheffield Wednesday have extended the loan spell of Arsenal goalkeeper Damian Martinez until the end of the season.

The 21-year-old joined the club on an initial one-month loan in October before carrying the deal through until New Year's Day.

The Argentine has made six appearances for the Owls so far.

Wednesday are also hopeful of re-signing Wolves defender Roger Johnson, 30, who has returned to the League One side after his initial loan ended.