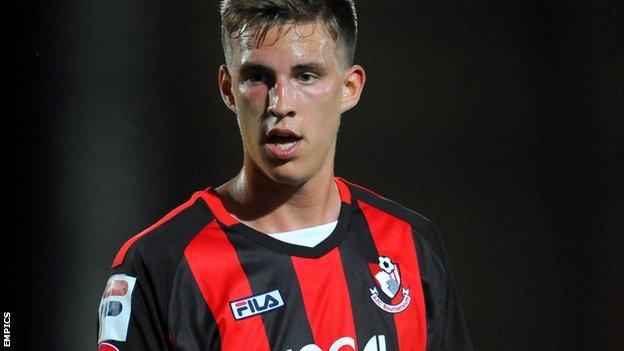 Aldershot have signed midfielder Joe Partington from Bournemouth on a one-month loan deal.

The 23-year-old signed a new two-year contract at Dean Court in June 2013, after missing the end of last season after fracturing his right fibula.

The former Wales U21 international has made 52 league appearances since coming through the Cherries' youth system, but has not played in the 2013-14 campaign.

Howe had hoped to use the player primarily as a defender this season.