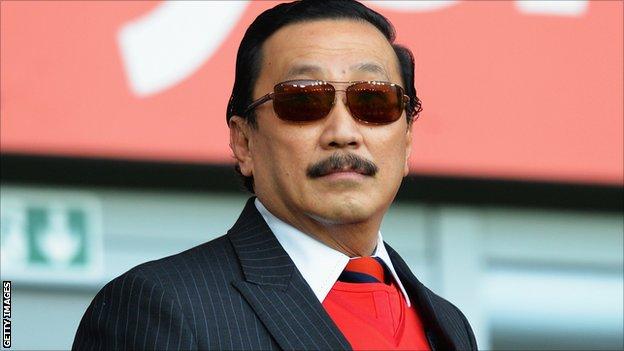 Cardiff's new manager will be given extensive transfer funds in January by owner Vincent Tan.

Malky Mackay was sacked on Friday after being told he would not be given a "single penny" for new signings following a transfer spending row.

Tan has instructed chairman Mehmet Dalman to appoint the new manager with the club understood to have one target.

Ole Gunnar Solskjaer has put contract talks with Norwegian club Molde on hold, and I understand he has been earmarked to replace Malky Mackay at Cardiff.

Once Solskjaer indicated that he was prepared to move from Molde, Vincent Tan could carry out the long-awaited sacking of Mackay.

Solskjaer, 40, started his coaching career at Old Trafford and was appointed reserve team manager in 2008.

He returned to Norway to join former club Molde as head coach in 2011, winning consecutive league titles in his first two seasons. Solskjaer has since put contract talks with Molde on hold.

Sven-Goran Eriksson and FC Basel boss Murat Yakin have also been linked with the Cardiff job, but reports suggesting Yilmaz Vural could take the position are wide of the mark.

Cardiff striker Craig Bellamy was asked by chief executive Simon Lim last Friday if he would take charge of the team on an interim basis should Mackay be sacked, but he rejected the chance.

Malaysian businessman Tan walked out of Thursday's 3-0 home defeat by Southampton and told Dalman of his decision to dismiss Mackay on Friday morning.

Dalman relayed the news to the club's board of directors, which in turn joined Tan in giving him full mandate to recruit the next boss without interference.

Tan's relationship with Mackay deteriorated after he accused the 41-year-old Scot of overspending last summer's agreed transfer budget of £35m by around £15m.

Mackay and then-head of recruitment Iain Moody argued Tan and chief executive Lim were aware the initial figure was solely for transfer fees, knew it would increase to around £50m when factors such as salaries, image rights and agent fees were taken into consideration - and signed off each acquisition themselves.

Tan was particularly upset with Mackay's claim before the defeat at Crystal Palace on 7 December that striker Andreas Cornelius "has an awful lot of potential for the future" having cost a club-record £8m when signed from FC Copenhagen in July.

Moody was sacked in October and although Tan was talked out of dismissing Mackay, the tension resurfaced when the manager expressed a desire - after his side's 1-0 win against West Brom on 14 December - to make three news signings in January.

Lim released a statement from Tan on 16 December declaring the owner "extremely upset" with Mackay's words and stating that "not a single penny" would be made available for reinforcements in the new year.

On the same day, Mackay received an e-mail from Tan detailing a long list of grievances and criticisms, concluding with the ultimatum that he resign or face being sacked.

Mackay refused to quit, so Tan flew to the UK last Friday with the intention of removing Mackay, only for Dalman to convince him to hold further talks before making a final judgement.

Those took place in London and ran into the early hours of Saturday morning before Tan travelled to Anfield for Cardiff's 3-1 defeat at Liverpool, during which the away fans showed vociferous backing for Mackay and opposition towards the owner.

Mackay waved goodbye to the supporters thinking it would be his final game in charge. But after further discussions between Tan and Dalman on Saturday night, chairman Dalman released a statement announcing Mackay would meet the owner in a bid salvage their relationship and remain as boss for the "foreseeable future".

But Mackay said his request for the meeting to take place on Monday or Tuesday was declined and that he hoped it would happen at the end of the week, a revelation which riled Tan.

The final straw for Tan came after the Southampton loss when Mackay said that "we're washing our dirty linen in public at the moment". He felt Mackay was the main perpetrator of such conduct.

Mackay was appointed Cardiff boss in June 2011 after replacing Dave Jones and guided them to the 2012 League Cup final before gaining promotion to the Premier League for the first time last season.

Tan recently spoke to Jones about returning to the club in some capacity - despite Jones taking legal action after he was sacked, the pair have repaired their relationship - but he decided against pursuing that idea.