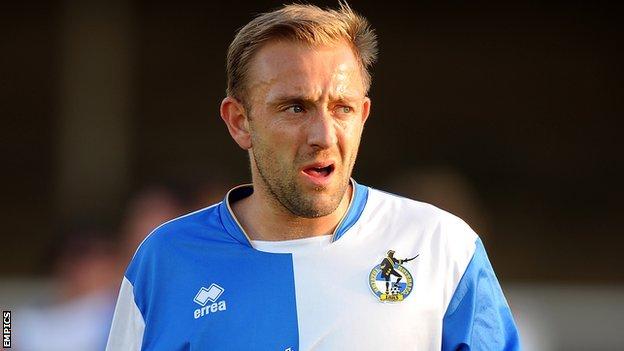 Bristol Rovers midfielder Matt Gill has agreed to sign for Exeter on a permanent deal in January.

The 33-year-old has been on loan with the Grecians since October after falling out of favour at Rovers.

Gill is in his second spell at St James Park, having made 164 appearances for the League Two outfit between January 2006 and the summer of 2009.

He went on to play for Norwich before joining Bristol Rovers in 2011, where he played 50 games.