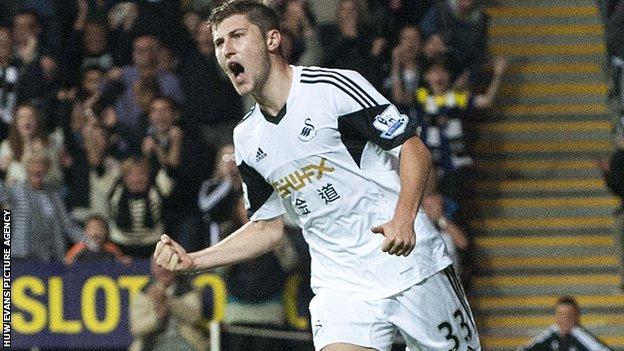 The 20-year-old has now committed himself to the Welsh club until the end of the 2016-17 season.

He established himself in the side last season after fellow Wales left-back Neil Taylor broke his ankle.

Former Wales winger Leighton James says the deal is deserved: "To have achieved what Ben's achieved in such a short space of time is phenomenal."

Davies has played 15 of Swansea City's 17 Premier League matches this season and has won nine caps.

James, who played for the Swans the last time they were in the top flight in the early 1980s, says Davies' success will encourage other youngsters at the club.

"Ben, along with Joe Allen, to have been the major products of the youth system, gives young players hope for the future," said James.

"A lot of clubs in this modern age dive into the transfer market and don't produce their own.

"So to see Swansea produce another top-class youngster who's extended his contract with the club and committed himself is good news."