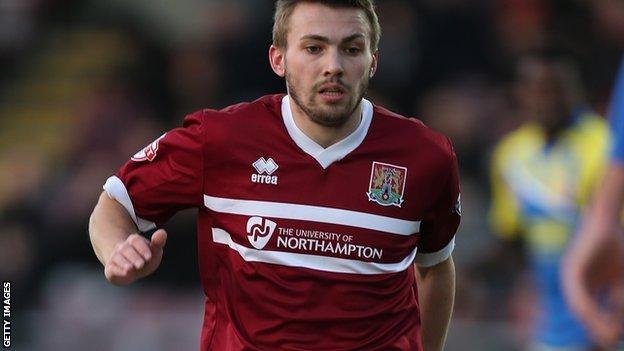 League One side Brentford have recalled winger Stuart Dallas from his loan spell at Northampton.

The 22-year-old was due to return on 1 January and scored three goals in 12 games for the Cobblers.

He is available for the Bees' Boxing Day clash against Swindon Town.

Meanwhile Northampton have recalled defender Ben Tozer from his loan spell at Colchester, which was set to expire on 4 January, and he will be able to face Burton on Thursday.

The Cobblers have also recalled youngsters David Moyo and Matty Harriott from their loan spells at Stamford and Hayes & Yearding respectively.

Dallas joined Brentford from Belfast side Crusaders in 2012 and won his only Northern Ireland cap against Wales in 2011.

And Brentford manager Mark Warburton has been impressed with his spell at the Cobblers.

"We have been delighted by both the amount he has played and the level of his performances over the last few weeks," he told the club website.