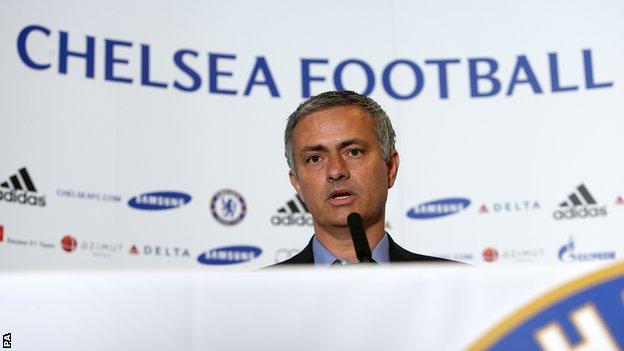 Chelsea boss Jose Mourinho wants another 12 years in club management before taking charge of Portugal and leading them to a World Cup.

"My desire and my feeling is to work these four years and, after that, we analyse the situation," said the 50-year-old Mourinho, who is in his second stint as Blues manager.

Asked how much longer he would spend in club management, he replied: "I'd say 12 years, then two to go to a World Cup with a national team. I would prefer the Portuguese national team."

If the Portugal job was not available in 2026, the former Porto and Real Madrid boss said managing England would be his second choice.

Chelsea are currently fifth in the Premier League but can go level on points with leaders Liverpool if they win at Arsenal on Monday.

Mourinho, who returned to Stamford Bridge in the summer, has never been beaten by Arsenal boss Arsene Wenger in nine meetings.