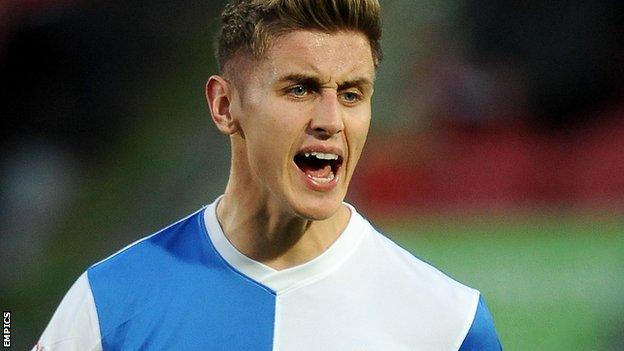 Hull have for the 22-year-old, who has scored twice in 21 appearances

"We're constantly talking and trying to resolve it but we have to be respectful of the fact he is a Hull player," Bowyer told BBC Radio Lancashire.

"I'll be speaking to [Hull boss] Steve Bruce, unless he changes his number because he's sick of me ringing him."

Bowyer has admitted that he will not have extensive funds to spend in the upcoming transfer window, but has identified possible transfer targets he would like to take to Ewood Park.

Striker on Saturday as Blackburn moved to within four points of a play-off position in the Championship.