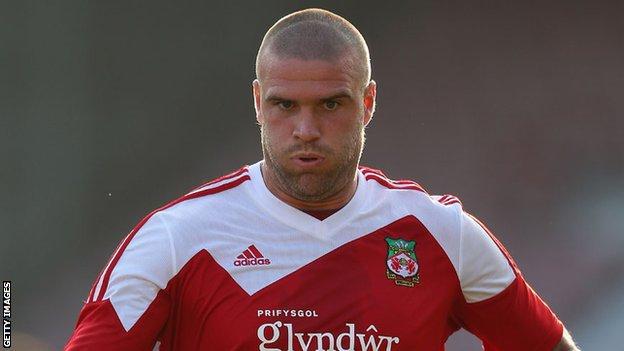 Wrexham defender Mark Creighton has called time on his career following a series of knee injuries.

The 32-year-old started his career at Kidderminster Harriers before going on to play for Oxford United.

Creighton then signed for Wrexham in July 2011 after a period on loan the previous season and last played for the club as an 89th-minute substitute in November against Forest Green Rovers.

"He's going to be a huge miss for us," said Wrexham manager Andy Morrell.

"Not just on the pitch but in the dressing room and around the place."

Creighton, nicknamed "the beast," made a total of 81 appearances for the Dragons, scoring four goals.

Wrexham boss Morrell says he will be sorely missed by the club.

"I tried to talk him out of it because you're a long time retired," said Morrell.

"He's a fantastic lad. I'm massively disappointed and gutted for him.

"He might not look like a fantastic footballer but he was certainly effective in what he did."