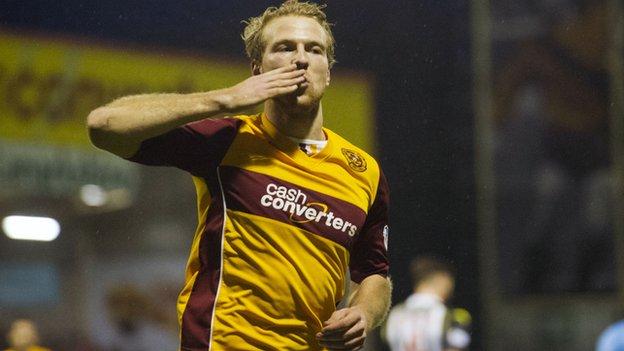 The Estonia striker scored twice and Lennon said: "At times, I thought Anier was unplayable and his movement caused us problems.

"But Motherwell showed a greater hunger and that worries me.

"When you stand off a Motherwell team like that, they can hurt you."

The St Mirren manager has demanded a reaction from his side when they face Dundee United on Boxing Day.

"We have an opportunity to bounce back on Thursday and it's a big, big reaction we're waiting for," said Lennon.

St Mirren's defeat last weekend away to Aberdeen ended a fine six-game unbeaten run, but Lennon was more disappointed by their performance at Fir Park.

"We've come here and dropped one or two gears in terms of work ethic," he said.

"That's usually a strength, but I thought we were off that and played second fiddle to a lot of balls.

"I thought we started the first four or five minutes very well, but I thought our decision-making was very poor while Motherwell's was very good and they thoroughly deserved their win."

Lennon was mystified by the reason for his side's drop in performance.

"I know what went wrong - their work-rate," he added. "The frustrating part is knowing why."