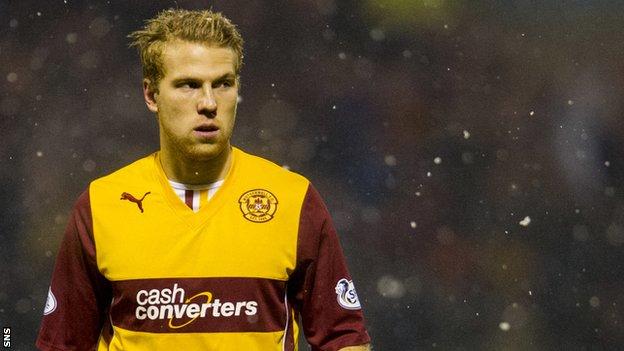 Anier's agent has been quoted in newspapers as saying that the has other options.

But McCall says agents had indicated that both players are keen to stay.

"We will be in discussions about those two boys," he said. "We will look at a couple of things, but I'm sure they are enjoying themselves."

Estonia international Anier has scored five goals in 19 games for the Scottish Premiership side, while has made five starts and five substitute appearances in an injury-disrupted spell.

McCall plans to have talks with chief executive Leeann Dempster in the "next week or so" in a bid to ensure both players extend their deals beyond the first half of January.

"All being okay, it would be nice to get them signed up until the end of the season," he added

"We will be hopeful. I have not really sat down with Leeann. Obviously it's a busy period, but there are tentative enquiries."

McCall admitted that he feared it might not be possible to keep the players after Motherwell's chance of a lucrative Scottish run ended with a surprise defeat by League Two side Albion Rovers.

"Of course and it still might not be," he said. "We just have to see.

"If we don't manage to keep Lionel or Henri, if we could get another face in then it would be great."