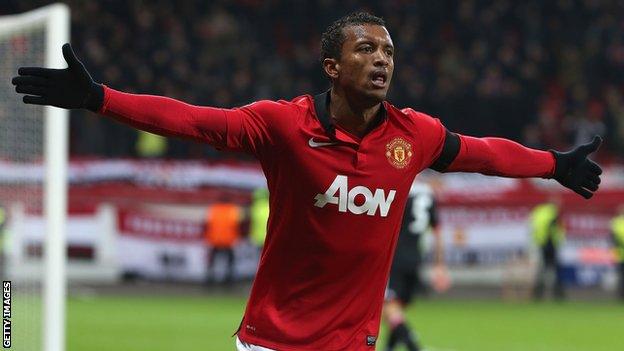 Manchester United winger Nani has been ruled out for "a few weeks" with a hamstring injury.

The 27-year-old, who has made eight league appearances so far this season, has not featured since the 1-0 home defeat by Newcastle on 7 December.

"[It] is a little bit worse than we thought," said manager David Moyes.

Robin van Persie is already out for the next month with a thigh injury, while Wayne Rooney is doubtful for Saturday's game with West Ham.

The former Sporting Lisbon player signed a contract extension in September, which could keep him at Old Trafford until 2018.