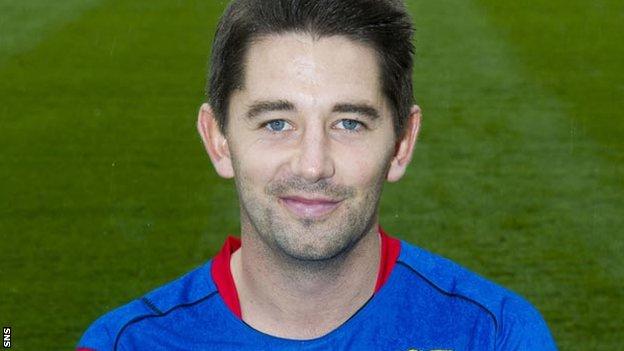 Caley Thistle say the former Northern Ireland Under-21 international returned to his homeland "because of injury problems and homesickness".

The 25-year-old, who was previously with Coleraine, failed to make a first-team appearance despite having featured on the substitutes' bench.

Allan had begun his senior career with Bournemouth.

After a spell with Isthmian League outfit Leyton on loan, he joined Lisburn Distillery then Linfield before two seasons at Coleraine.