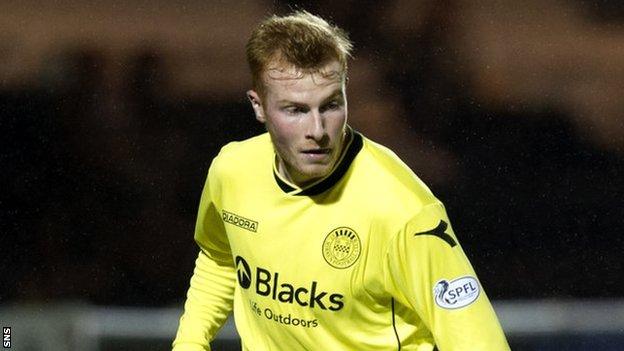 The player's agent had said that English Championship clubs were interested in the 22-year-old, whose

But Lennon says he does not "envisage any problems" with extending that.

Campbell would become the third Magpies player in 18 months to head to Paisley as part of an affiliation pact between the clubs.

And Lennon believes a deal will benefit the England Under-19s striker, who decided to join Carlisle United on loan instead of joining St Mirren in August.

"If the right people come along, we are certainly in a position to do a little bit of business," said Lennon.

"Adam could be one of them. We have had good dialogue with Newcastle, the player and his representative.

"It's a partnership with Newcastle that has worked well for us.

"There is a good understanding between both clubs and we have already the proof in the pudding with and Conor Newton has kicked on since last season.

"These players really do go back better players. That's not just down to us, but it's the experience of getting weekly football and I see no reason why young Campbell wouldn't progress just the same."

The 19-year-old had joined the Paisley club in June after being released by Hull City but failed to make a single first-team appearance despite making the substitute's bench on a couple of occasions.