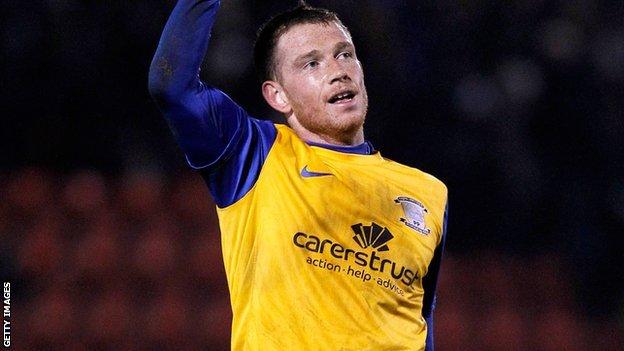 Preston striker Joe Garner has extended his contract with the League One side until the summer of 2015.

Garner, 25, joined the club in January 2013 from Watford on an initial 18-month deal and is North End's top scorer this season with eight goals.

Players who have extended their contracts at Preston this week:

"We are building a team that wants to play for this club, wants to improve and who want to work hard," manager Simon Grayson told the club's website.

Garner's initial contract had a clause that allowed his deal to be extended for an extra 12 months, which could be triggered at any time up to May 2014.

But the club decided to act early and take up the option.

Grayson added: "It is more good news. Earlier this week we confirmed the nine new deals and now we have confirmed Joe will also be part of the squad.

"Joe is another example of that and we are delighted to be able to trigger this clause and continue to work with him."