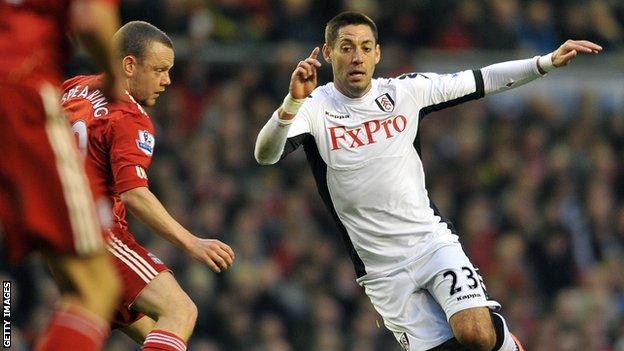 Forward Clint Dempsey is having a medical at Fulham ahead of a return to the Premier League side on loan from Seattle Sounders.

Dempsey, 30, left Craven Cottage to join Tottenham for £6m in 2012 and moved back to the US in August.

The loan deal will provide him with regular playing time before he returns home for the start of the new Major League Soccer season on 8 March.

The move could go through when the transfer window opens on 1 January.

Fulham boss Rene Meulensteen said: "Clint will be a boost for us."

The United States international spent five and a half years at Craven Cottage before moving to Spurs, scoring 50 goals in 184 league matches.