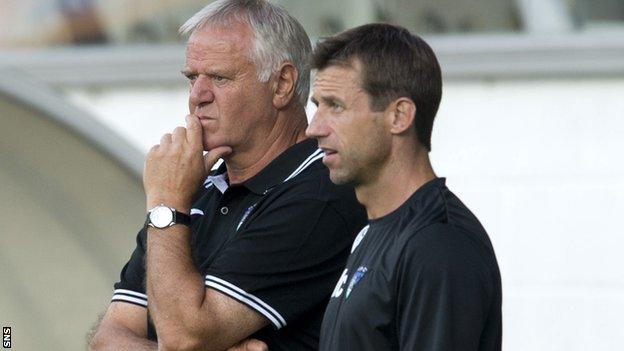 Dunfermline manager Jim Jefferies has confirmed that he and assistant Neil McCann have agreed new contracts until the end of season 2014-2015.

Jefferies told the Dunfermline website he would decide on whether to retire from management when his deal ends.

The former Hearts boss has been in charge at East End Park since March 2012, during which time the club entered and exited administration.

The club are now under a form of fan-based ownership through Pars United.

Jefferies' side currently sit second in League One, three points ahead of Stranraer but 13 behind leaders Rangers.