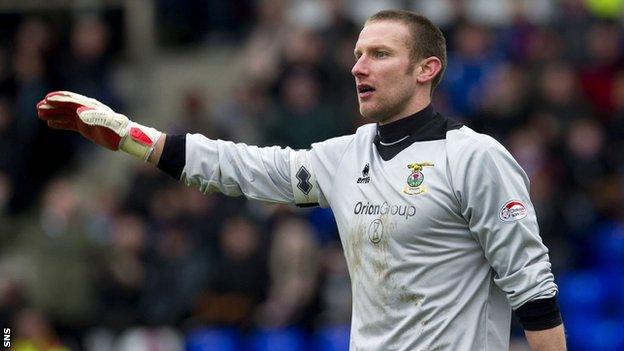 The 33-year-old joined Caley in 2008 and has made over 150 appearances for the Highlanders.

However, Dean Brill has been first choice keeper for Inverness so far this season.

"He's been working very well in coaching Dean Brill while still having his own aspirations to again be the first choice keeper."