We have a rather special Football Focus lined up for you this Saturday.

Normally at this time of year we do a message for the British armed forces around the world from our warm Salford studios. This Christmas we thought we'd do something a little bit different and take the show out to the largest UK military base in Afghanistan - Camp Bastion. 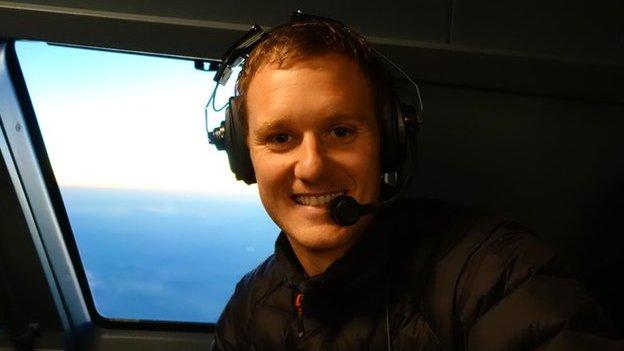 I don't think Football Focus has been presented from a war zone before so you can imagine there were quite a few hoops to jump through and forms to fill in to make it happen, but eventually we were ready to go with pundits John Hartson and Kevin Kilbane in tow.

Before we went to Afghanistan we had to attend a Hostile Environment Course to prepare us for the worst case scenario and see how we responded under the pressure of a medical emergency. Kevin Kilbane proved to be remarkably cool under pressure and John Hartson makes a very intimidating insurgent (with a Welsh accent).

Our five-man crew - including cameraman Mark and producer Dave - flew from Brize Norton in Oxfordshire, stopped in Cyprus and eventually landed in Afghanistan in the early hours of the morning. 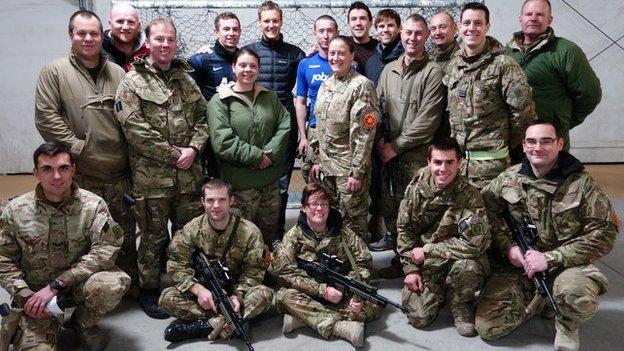 Squadrons 10 and 101 were the flight attendants and went above and beyond the call of duty in finding out the football results while we were flying over the Persian Gulf. We had to get them to check the Tottenham v Liverpool result because we thought it was a misprint.

Once we touched down our schedule was a hectic one. We had two TV shows and a one-hour radio documentary to record in a day and a half.

If you watch the show on Saturday you'll see the Prime Minister (who turned up to a training session we organised), loads of different members of the British armed forces and a special piece on the future of football in Afghanistan. 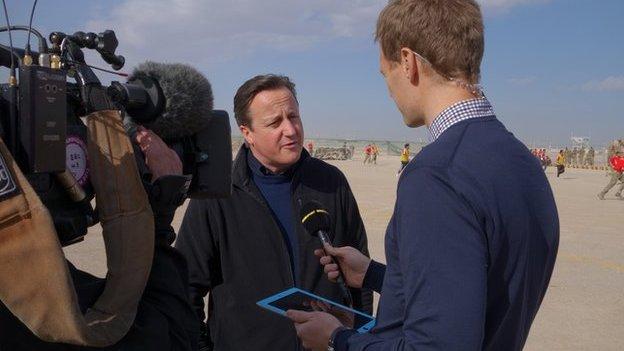 It was great to get Mr Cameron on the show but our trip was all about the troops following football 4,000 miles from home. We were given an incredibly warm welcome by all the troops and they loved meeting Kevin and John who ran out of signed pictures very quickly.

They went down particularly well with the Fire Crew known as 'Blue Watch'. They left a message outside their base asking for us to pop in for a brew and biscuits... we obliged.

Talking of grub, I broke a record while we were there. I am now the proud owner of the Camp Bastion Profiterole Record. We are not talking about the tiny little '10 for a quid' fellas here but the big babies that are about the size of a satsuma. I nailed 20 of those bad boys after a main meal, beating the previous mark of 12. My mum would be so proud. 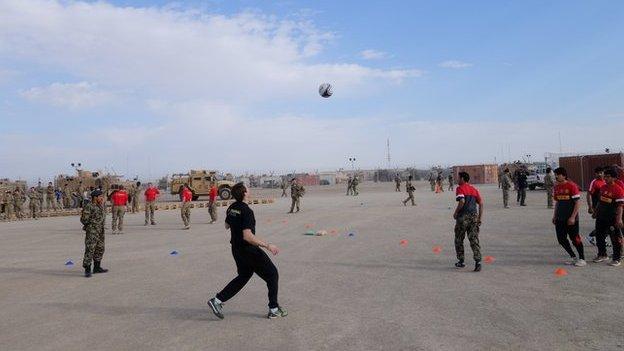 I also learned something very important about the different facial hair you are allowed in the forces. There are simple rules which allow you to quickly identify members of the armed forces. Pay attention.

Army - in the army a beard is not permitted. You are only allowed a moustache but it can't fall below the top lip or extend beyond the width of the mouth.

Royal Navy - in the navy a moustache is on the banned list but a full beard is permitted. 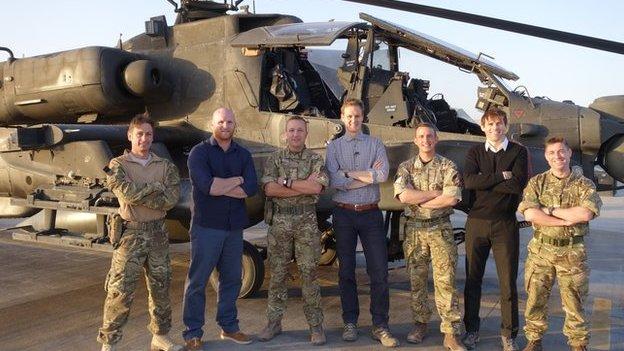 RAF - those in the Royal Air Force are only allowed a moustache but aren't restricted by the army regulations. Wax is permitted and the tache can be as wide as you like.

You'll see a few examples of all of those in Saturday's show as well as the normal mix of interviews and previews but with just a slightly dustier studio.

You will also hear a bit of gunfire on the show from the firing range which is part of Camp Bastion. In fact, you quickly become very sensitive to sound in Afghanistan.

At home I always loved the sound of a helicopter but in Camp Bastion it often means that casualties are being rushed back to the hospital. 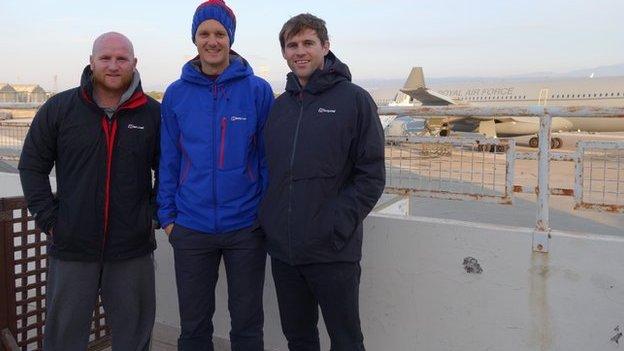 Everything about life over there is very different but I must say we met some truly amazing people. It was a real privilege to give them some gifts from the England team.

I know people get very animated about the war in Afghanistan but it's impossible not to be moved by the people that you meet.

Saturday's show is not about making political judgements but rather an opportunity to see the power of football around the world. Some of the Afghan forces did not speak English but were still able to laugh at some of the squaddies whose team had had a bad weekend.

Many of those members of the British armed forces who appear on the show this week are in Afghanistan for up to nine months. The vast majority are in for another Christmas away from their loved ones. 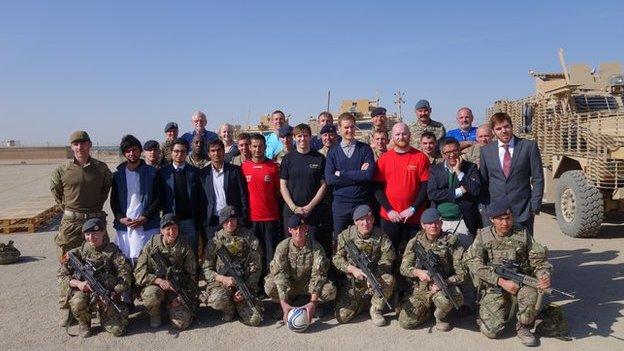 It was a privilege for John, Kevin and I to meet so many of them and witness the dedication to their task, camaraderie with their colleagues and their pride in the job.

When I sit down for my Christmas dinner next week I will remember those who aren't able to do the same.

I really hope you enjoy the show and Merry Christmas to you all.

Football Focus, from Afghanistan in on this Saturday (21 December) from 12:00 on BBC 1 and online.

You can hear more from Afghanistan on BBC Radio 5 Live on the 25th December, 5pm, on 'Christmas In Camp Bastion'.