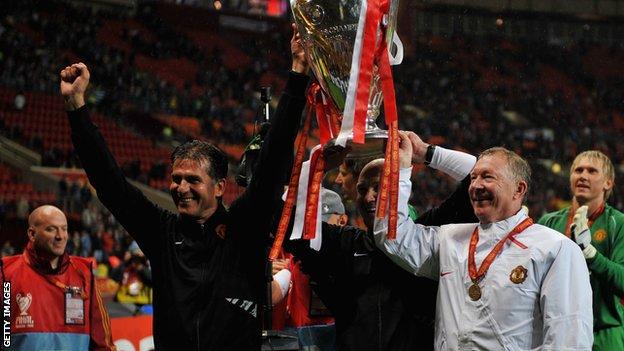 Former Manchester United assistant boss Carlos Queiroz says he is interested in becoming the next manager of Tottenham.

The Premier League club are looking for a new man at the top following Monday's sacking of Andre Villas-Boas.

Fellow Portuguese Queiroz, 60, is now in charge of Iran, who have qualified for next year's World Cup in Brazil.

Asked whether he was interested in the Spurs job, he said: "Absolutely. Tottenham is a club I really appreciate a lot and I have great admiration."

In an interview with BBC World Football, Queiroz revealed he had had "some private connections in the past" with Spurs owner Daniel Levy.

He also said he wanted to return to the Premier League after two spells as Sir Alex Ferguson's number two at Old Trafford, first from 2002-2003 and then from 2004-2008.

"One of my coaching dreams is to get back to English football," said the former Real Madrid, Portugal and South Africa coach.

"I was very happy in Manchester. It was the most happy and outstanding football period of my entire career."